Now I, brethren, If I am still heralding circumcision, why am I still being persecuted? Consequently the snare of the cross of Christ has been nullified.

In Romans 3:1,2 Paul wonders aloud about the prerogative of the Jew and the benefit of circumcision. “Much in every manner!” is his reply. As a Jew, Paul always followed the customs (Acts 25:8; 28:17) and for the sake of the Jews he had Timothy, who had a Jewish mother, circumcised (Acts 16:3).

Paul, however, was entrusted with “the gospel of the uncircumcision”. That means that a person is justified outside of circumcision and rituals. As God once counted the uncircumcised Abram righteous (Gen.15:6; Rom.4:10). Paul’s compatriots, however, denounced him for his preaching because they understood it as “apostasy from Moses” (Acts 21:21). Circumcision and other Jewish practices were not an issue in Paul’s message . The forcing of circumcision on the nations, on the other hand, was an issue for him (Gal.5:2,3).

That Paul “was a Jew to the Jews” and went with them in the practice of circumcision has been used by his opponents in Galatia as an argument that he was still preaching circumcision. But if that were true, why was he still being persecuted?! What were Paul’s opponents really troubled by…? 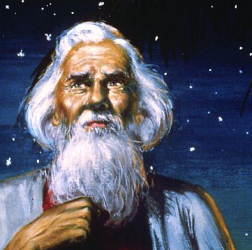