Galatians 4:15 – Where is your happiness?


Where then, is your happiness?

What a touching question the apostle here poses to the Galatians! Once they couldn’t believe their luck when Paul announced the Good News to them. They had left their pagan religion behind with ease and conviction (4:9). For Paul had shown them from the Scriptures the prophecies concerning Christ (3:1; 1Cor.15:3,4). And that it is his faith that justifies us (2:16; 3:22). It was this truth of “God’s grace” (2:21) that had made them so happy. Logical too! For if it is true that God’s saving grace (Titus 2:11) is a communication  that nothing and no one can do anything about. What happiness could ever surpass it?

And now Paul asks them straight to the point: where has your happiness gone? They had been deceived by people who wanted to Judaize (Jewish) them. Supposedly to become righteous. What was a given “free” in Paul’s message became an attempt with these Judaizers . They had started with the “it is finished!” and now they ended up with their own poor trying (3:2). “Working” for something that God in Paul’s message gives all for free and for nothing. While they denied the truth, they also gave up their happiness… It’s called ‘enchantment’ (3:1). 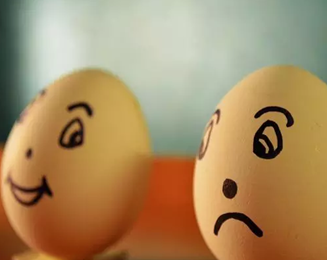