Now this am I saying: a covenant, having been ratified before by God, the law, having come four hundred and thirty years afterward, does not invalidate, so as to nullify the promise.

The reason that Paul started about the ratification of a covenant among men (:15), he explains in more detail here. A ratified covenant can never be invalidated by one party, he argued. Well, with a Divine covenant it is no different. The unconditional covenant that God made with Abram when He gave His promise could not possibly have been annulled when over four hundred years later, the law was given which did state conditions.

The time period of “four hundred and thirty years” that Paul mentions here is taken from Exodus 12:40. There we read that the Israelites who lived in Egypt (and Canaan; LXX) were “thirty and four hundred years.” When Abram was seventy years old, he was called out of Ur of the Chaldeans. When Abram was a hundred years old (that is, thirty years later), Isaac was born. Then, exactly four hundred years later, the Exodus and the moment the law was given at Sinai (Gen.15:13). So that was also the five hundredth year after the birth of Abraham. Everything is timing and under God’s direction. We can always rely on Him! 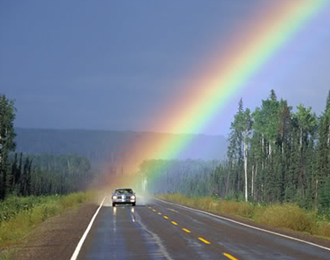