Franca and a sad message


The well-known Dutch writer Franca Treur grew up in strict reformed environment. She broke with that. In ‘het Nederlands Dagblad’, a Dutch christian daily newspaper (June 28, 2018) she was interviewed about her mainstay in life and death. Among other things she said the following:

I can imagine that it gives people peace of mind if they feel that God decides for them. Especially when you experience a lot of stress, it is nice to know that someone oversees things. But that is for many believers someone with all power. I find that frightening. Because, does such a God always want what’s best for you? In the reformed world, where I come from, at least not. There you come across an angry God who punishes people and saves only a few. I have therefore never felt completely safe with Him. When I was in a full church as a child while it was dark outside and storming, it gave me a very nice and warm feeling. But because of the threat that things would go wrong, it was never really safe.

The strength and at the same time the weakness of reformed preaching is sharply recorded here. On the one hand, the peace of the knowledge that there is One who oversees all. And at the same time the fear that He who has “all power” does not “always  want what’s best for you”. Only a few are saved because they have been chosen for that purpose. But how could you feel safe with a God who had, long before you were born, decided that it would end badly?

Franca rejected the image of God of which she already felt as a child, that it offered no security. In the salutation of the church services visited by Franca, it was undoubtedly solemnly stated that the GOD who created the heaven and the earth “will never let go of the work of His hands”. But the unconditional trust that is awakened by this announcement is completely dismantled again during the continuation of the church service.

I myself have a similar church background. Everything became different to me when I discovered in Scripture that there is no such thing as an endless punishment or wrath. GOD has wrath and punishes, yes, but not endlessly. That would not only be bizarre, it is also based on an idea of ‘eternity’ that is unknown in Scripture. Scripture knows no ‘eternity’ but eons, world ages with both a beginning and an end. Every thorough Bible concordance or reference work can tell you that ‘aion’ does not mean ‘eternity’. That is not an interpretation but an unmistakable fact. Only in the current theology this knowledge is systematically undermined. With the fatal consequence that the Evangel is no longer an evangel (= good message). For if there is such a thing as a ‘never ending death’, then death is not abolished (2Tim. 1:10; 1Cor.15:26). And then GOD is not “the Saviour of all mankind”. Delete in that case 1 Timothy 4 verse 10 (and 2:4; Tit2:10 and so on) from your Bible. And the same to the guarantee that, as in Adam all men are sinners and mortals, so also in Christ will all men be justified and made alive (Rom.5:18; 1 Cor.15:22; Rom3:23,24). Yes yes, “all people”! People read it but they do not believe it. In traditional Christian preaching this absolutely can’t be true and it is reckoned as a heresy (‘universalim’). Isn’t it deeply sad that such an unimaginable good and solid message is never heard and taught from the pulpit? While one might expect that to be the place where the Bible is opened…

Who is going tell Franca that the sad message she received from the church is not true? And who tells her that GOD will eventually bring everything and everyone home safely? Because believe it or not, GOD really never ever will let go of the works of His hands! 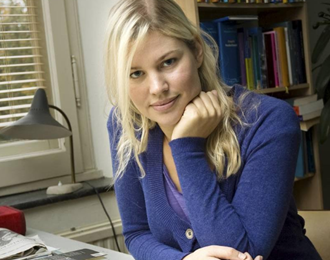