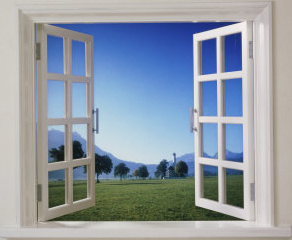 To refute the charge of apostasy from Moses, James directs Paul to do something significant (Acts 21:20-26). Four men who had taken a vow had to make a sacrifice and shave their heads. That last part, as a sign that the period of the vow was terminated. James’ idea is that if Paul would pay the expenses of these men, he would publicly demonstrate that the accusation of Paul’s countrymen was not true. Paul silently follows James advice. Apparently under the motto: “to the Jews a Jew” (1 Cor.9:20). picture of the law What Paul does is disprove an accusation. But what he portrays by doing this is much more significant, though. It is typological. The vow which these men were under, is a depiction of the law under which the Jewish people lived. Long ago, at Mt. Sinai, Israel had unanimously responded: “all that the Lord has spoken we will do!” (Ex.19:8). But soon it became evident that they collapsed under the weight of this vow. shaving and sacrifice The completion of the vow of these four men is marked by a sacrifice and by shaving their head. In Numbers 6 are described the details. Both, the sacrifice, as well the shaving refer to the death and resurrection of Jesus Christ. The shaving speaks of Him who “as a lamb that is led to the slaughter, and as a sheep that before its shearers is dumb…” (Isa.53:7). And obviously, the sacrifice also speaks of it; of the slaying (the cross), but also how, thereafter, the sacrifice arose as a sweet savour (resurrection). Paul pays the expenses Paul constitutes the men, who were under a vow, free, i.e., the price is paid for them. Is not that a beautiful picture of the ministry of the apostle Paul? He preaches liberation to the people that were under the law (Gal.4:4,5)! four and five Paul joins the four men (Acts 21:26). Paul is the fifth man, the number that stands for grace. Five is also the Hebrew letter hé which means window; even as the number four is pictured by the letter ‘daleth’ which means ‘door’. The four and the door symbolize the period of the law. Did that period not begin at a door, whose posts were to be covered with blood? But here again, it is true: when God closes a door, He opens a window. The law was given through Moses (the four), but the grace (the five) and the truth is through Jesus Christ (John 1:17). Paul’s public act in Jerusalem is much more than a invalidation of an accusation. It illustrates the grace and the liberation which he preached.