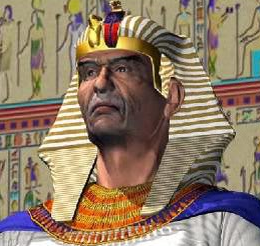 In Romans 9, Paul explains that God has a plan and that He makes choices, altogether independently from the works of man (9:11). So, God had already, before the birth of the twins, Esau and Jacob, favorably chosen Jacob in that: “the oldest [Esau] will serve the younger one”. And when Moses was called to go to Pharaoh with the command, “Let My people go!”, God had already said that Pharaoh would not listen and when it seemed he would give into the pressure of the plagues, God, Himself, hardened his heart (Ex.4:21). God wanted to demonstrate his power and therefore, He needed someone who would resist Him (9:17). God has mercy on whom He wills, and whom He wills, He hardens (9:18). After such a statement about God’s absolute sovereign way of acting, the attentive reader undoubtedly feels the objection coming. Paul puts it like this (9:19; KJV):

Thou wilt say then unto me, Why doth he yet find fault? For who hath resisted his will?

Here, the translators have made a fatal mistake. The Greek word that Paul used, boulema, does not mean ‘will’. The word for “will”, in Greek, is thelema. The Greek word boulema, on the other hand, stands for purpose, intention or counsel. Both of these Greek words, we encounter in Ephesians 1:11, which says:

….according to the purpose of the One Who is operating all in accord with the COUNSEL (boulema) of His WILL (thelema)….

Did Pharaoh resist God’s will? Yes, indeed! God had made known to him His will, through Moses: “Let my people go!” But did Pharaoh also resist God’s purpose or counsel? No, definitely not! On the contrary. Precisely, because Pharaoh did not obey, He fulfilled God’s hidden, secret purpose. There was no escape. GOD works “all things after the counsel of his will.” NOTHING that takes place, happens without God having a purpose for it. Proverbs 16 verse 4 says:

YAHWEH has made everything for its own pertinent end, Yea even the wicked for the day of evil.

Do the wicked then still fulfil God’s will? No, they resist God’s will, even though they, then, fulfill God’s purpose. Not distinguishing between God’s will and His intention or purpose, leads to fatalism, i.e. indifference to God’s will; “for, everything that happens is still God’s will”, is the motto of the religious fatalist. Virtually all Bible translations of Romans 9:19 empower this fallacy. GOD has a purpose with everything, but not everything that happens is, consequently, His will. Pharaoh could not hide behind God’s intention. He did not know God’s counsel, and it was nothing of his business, anyway. The same was true for the brothers of Joseph. They, also, had nothing to do with God’s secret, hidden intention. They truly committed a crime, when they threw their brother into the pit and later on, sold him into Egypt. “Why does He yet find fault?” reads the question in Romans 9:19. The answer is: God speaks to man in accord with His revealed will. As a potter forms his creations, so GOD forms His creatures (Rom.9:20). That forming and shaping takes place partly through adjudications and judgments. Pharaoh did not let God’s people go, and God treated him, accordingly. Joseph’s brothers committed their crime and, consequently, reaped the sour-tasting fruits. That God, through all of it, realized His purpose: to keep alive a great people (Gen.45:7.8), did not excuse the brothers. It glorified GOD!