…the law of precepts in decrees, that He should be creating the two in Himself into one new humanity…

In the new humanity which GOD has created, “the law of precepts” does not play any role anymore. There also no longer is a defined place for the Jew. That is why “the two” (Jew and heathen) have become one. Paul writes here about “the law of precepts” that exists “in decrees”. About which decrees is he talking? In Greek, the same word (dogma) is used here as for the “decrees that were made during the apostle meeting in Jerusalem (Acts 16:4).

At that meeting it was decided that the nations are exempt from “the law of precepts” for Israel (see Acts 21:21-25). Israel had a special and prominent role throughout the book of Acts. If the people were to come to repentance, the Messiah would return to that generation and establish his Kingdom on earth (Acts 3:19-21). But Israel did not come to repentance and in Acts 28 it is stated that this was also no longer possible. Since then, Israel’s special place has been (temporarily) put aside. And now, from prison, Paul illuminates this new situation. No more wall between Jew and gentile. Ancestry does not matter. There is unity in Christ! 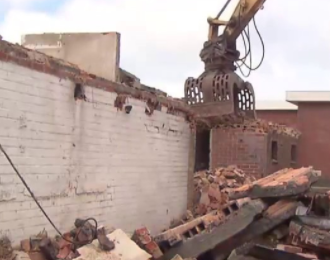