…in Him in Whom our lot was cast also, being designated beforehand according to the purpose of the One Who is operating all in accord with the counsel of His will…

Also here we read the repeating phrase “in Him”. “In Him”, that is in the Christ. All, in the heaven and on the earth, is pledged to Him by God (: 10). And until the complement of the eras (“the eon of the eons”; 3: 21) everything will be subjected to him.

But now Paul raises the before mentioned “secret of Gods will”. The secret is that we, (saints and believers; 1: 3) share in the inheritance of Christ. Because we are “in Him” and we are parts of “the ecclesia, i.e. his body (1 :22). By the assigning of the universal inheritance to the Christ, “our lot was cast also”. Because, the position of “the Christ”, that is our position!

In most translations is spoken about ‘heritage’, but it is a ‘lot’. It points to something that we receive, without influencing it. The word ‘lot’ reminds to the way Israel was allotted the promised land. It was by drawing the lot. The concept of drawing is: man has no influence, and so the outcome is completely in the hands of God.

He arranges everything. The luck of the draw! 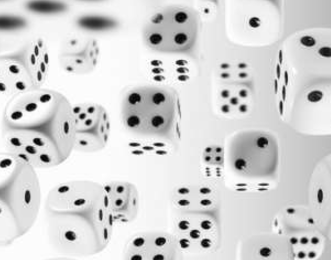