| Blog English | enemies of the Evangel

enemies of the Evangel 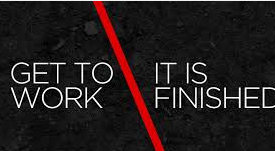 The Evangel is a message of glad tidings. That is what the word means. It is good news for everybody, without any if’s and but’s about it, because the living God is the Savior of all mankind, and especially of those who now already are given to believe (1Tim.4:10). But who believes it? The message is good beyond compare, but what an opposition it calls forth; especially from orthodoxy! The Greeks in Athens shrugged their shoulders, when Paul told them about the unknown God. But his orthodox countrymen openly hated him. No, not the secular people, but those who every week went to the synagogue to worship. Those he called “enemies of the gospel” (Romans 11:28). Why such enmity? The Evangel declared their religious merits to be unbelief (Rom. 9:30; 10:3); and their religiosity caused them to stumble when they heard the message of the Evangel. Nevertheless, the pride of first-century Judaism was much less than compared to what Christianity, later on, would display. Many Christians believe and teach that outside the Church there is little chance of salvation, and that non-Christians await eternal damnation. While religious Jews looked down on the goyim (the ‘gentiles’), the idea of an endless hell did not come up into their minds. That doctrine was only invented in Christianity and even became the driving force behind mission-work and evangelization-activities: people had to become converted, so that God could become their Savior. Tell an Orthodox Christian the Evangel (“the living God is the Savior of all men”) and more than likely, he will become rather upset. This animosity is due to the Evangel cutting off the legs from under his religious chair. How many times have I not heard: Why would I (still) have to be a Christian, if God is the Savior of all mankind? With “friends” like that, the Evangel has no need of other enemies.