Recently I came across two articles which explicitly contradict that GOD is the Creator of evil. In the magazine ‘Amen’ (May 2018), Sebastiaan de Graaf (SdG) devoted an article to the question of the origin of evil. After a few introductory thought, he notes:

Some believers thus argue that God is the Creator of evil and is also responsible for all the evil that happens in the world.

Note: these are two different statements. That GOD is the Creator of evil, I believe, because the Scriptures declare that black in white (see below). The second, on the other hand, is impossible to decide from Scripture. Consulting a concordance, anyone can establish for themselves that ‘responsibility’ does not appear anywhere in Scripture. Indeed, it may be a heavily charged theological concept, but for Bible students who focus on the vocabulary of Scripture, it is hardly usable. ‘Responsible (responsibility)’ is also a confusing concept because the dictionary assigns various meanings to it. The primary meaning is given:

The obligation to be accountable…

But it also has the meaning:

To personally take care of the good outcome of something…

By definition, the first cannot be said of GOD. After all, he is not accountable to anyone (Isa. 45:9), nor is a potter accountable to the objects he makes. On the other hand, GOD does personally take care of the good outcome of something. In fact, he even takes care of the good outcome of all things! In other words: ‘Responsibility’ is not an unambiguous concept and in relation to GOD it only partially applies to Him.

SdG then quotes Isaiah 45:7 where we read:

I am Yahweh, and there is no other. Former of light and Creator of darkness, Maker of good and creator of evil, I Yahweh, make all these things.

When SdG first comments on this verse:

…then that seems a bit of an understatement to me. Why “at first sight”? And why “does this verse seem to indicate”? Why cast doubt on an explicit statement, notably from GOD himself?

Evil not a clear concept?

The other article which I referred to at the beginning of this blog, is written by Bert Boersma (BB) and is entitled ‘Is God the Creator of Evil?’ Like SdG he addresses Isaiah 45:7 and the writes the following:

The Hebrew word for evil is “ra”. This can refer to:

The number of text places where “ra” is applied in the sense of “moral evil” is roughly equal to the number of text places, where it is used in the sense of calamity or judgement, which God brings as a punishment over the sinful man. So from the context of the text it must always be stated whether “ra” is used in a moral sense, or in a punitive sense.

If we then look at the meaning of Isaiah 45:7, it is true that the word “evil” is a translation of the Hebrew “ra”. However, ‘ra’ has no univocal meaning in the Old Testament. So it is used in Genesis 41:3 to indicate ‘ugly’ cows, which of course does not mean that these cows have a bad conscience. We must therefore derive the meaning of ‘ra’ from the context.

That ‘ra’ is used differently and in all kinds of contexts is absolutely right. A person’s facial expression can be ‘ra’, cows can look ‘ra’, words can be ‘ra’, and so on. But SdG concludes form this that ‘ra’ would have no clear meaning. And, to me, that seems to be a big misunderstanding.

What does one mean by denying that GOD is the Creator of “moral evil”? That He is not the Creator of Satan? Nor of Hitler or a serial killer? But if GOD is not their Creator, the who is? Have they made themselves?

And how far does ‘moral evil’ stretch? Does that also apply to evil that is not done by a human? If I put someone else’s house on fire with the residents inside, then we speak of guilt by arson. But how do we call it when a house with its inhabitants is struck by lightning? Who is behind that? No one? When a city, with innocent civilians, is bombed into ruins, we speak of criminal violence. But how should we see it when a city is in ruins due to an earthquake? Is that also ‘moral evil’. If I steal someone’s possessions, I am called a thief. But if anyone loses their possessions due to a hurricane or a flood, is that also theft? If so, by whom? Is that outside of GOD? Or is that this ‘judgemental evil”? This list of questions could be made endlessly longer. These considerations only underline how limited and artificial the distinction is between ‘judgemental’ and ‘moral evil’.

Besides, we have a very biblical book that contradicts that GOD would only create judgemental evil. The righteous Job and his household were struck by all kinds of evil (looters, lightning, murderers, hurricane, sickness). And Jobs’ friends thought they could explain it: it was “judging evil” that struck Job. But they did not speak rightly of GOD (42:7). And Job? Was he trying to clear GOD of the evil that struck him? No, Job gave GOD the honour that evil does not go beyond Him either. He told his wife who was trying to change his mind:

…Should we receive good from the One Elohim, and should we not receive evil? In all this Job did not sin with his lips.
– Job 2:10 –

But if the evil that GOD gave, as in Job’s case, was not ‘judgemental evil’, was it then ‘moral evil’? Are BB and SdG saying that if GOD is the Creator of moral evil, that He would, by that, be a sinner? The latter would indeed be a blasphemous thought. But here we also touch the core of the issue. GOD never sins, because he always reaches His goal. Sin is (as seen from the Biblical language): to miss the mark (see Judges 20:16). GOD has a purpose with everything, including evil, and also achieves His goal. He succeeds and therefore He is “the happy GOD” (1Tim.1:11).

Yahweh has made everything for its own outcome, Yea, even the wicked for the day of evil
– Proverbs 16:4 –

GOD is only good, but He is nevertheless also the Creator of evil. How is that possible? The answer is: knowledge of good is not available separately (Gen. 2:9). Only through knowledge of evil do we as creatures also get to know the good. Evil is necessary to know and appreciate the good. GOD did not sin when He created a creature that we know as the personification of evil. Satan resisted and resists God’s will, that is true, but not God’s (hidden) intention. That is impossible (Rom 9:19). GOD knows his own creations –  He has conceived and created each of them. GOD was not surprised when Satan sinned. In that case GOD would also not be omniscient. And would the sinning of satan fall outside God’s purpose, and GOD would then have sinned… because missed the mark.

Only when we believe GOD on his word an acknowledge Him as the Creator of evil, do we give Him the honour that, with Him, nothing ever goes wrong and He achieves His goal in everything! 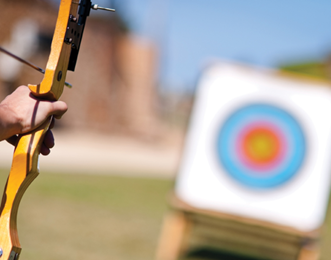