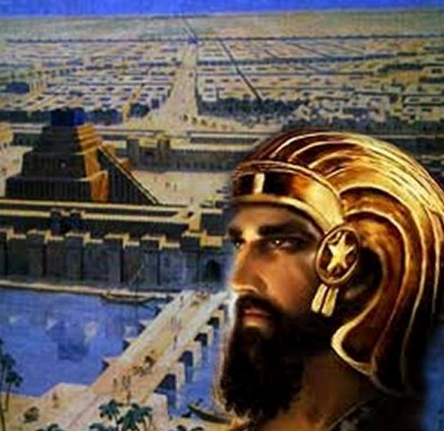 In the last blog we determined that Cyrus considered himself to be personally called to rebuild the temple in Jerusalem. God had called him by name two hundred years earlier in the scroll of Isiah. The question arises how Cyrus was informed of this writing. The Scripture does not mention this explicitly but we know that after the downfall of the Babylonian empire, the elderly Daniel had a high position in the Persian empire as well. In Daniel 6 we read:

1 In the first year of Darius the son of Ahasuerus, of the seed of the Medes, which was made king over the realm of the Chaldeans; 2 In the first year of his reign I Daniel understood by books the number of the years, whereof the word of the LORD came to Jeremiah the prophet, that he would accomplish seventy years in the desolations of Jerusalem.

When the Persian empire, led by Cyrus, took control of Babylon, Darius the Mede was made king over the territory of the Chaldeans. It is in the first year of Darius (and Cyrus) that Daniel observes from the holy books, that the foretold term of the seventy years had passed. According to the prophecy of Jeremiah the temple should be rebuilt in that year. And from the book of Isiah Daniel knew this would be done by Cyrus. Wouldn’t Daniel have spoken with Cyrus about these prophecies? However it may be,  in the realisation that the term had passed, Daniel falls to his knees on behalf of his people. He repents deeply and acknowledges that the sins of the people are the reason why they ended up in exile and why the holy city with the temple was destroyed. At that time already since seventy years. And in this touching prayer Daniel makes an appeal to the promises God made. Even before Daniel finishes his prayer, the messenger Gabriel comes to him in swift flight to inform him that at beginning of his prayer a word had gone out to rebuild Jerusalem (compare with Dan. 9:23 and 25 !) Cyrus had issued the decree for this purpose! The seventy years of Jerusalem’s  devastation had ended! Precisely as it had been foretold. With the end of these seventy years also a period of five hundred years had passed since Solomon. The seventy sabbatical years that should have been celebrated in this time period had been compensated (2 Chron. 36:21). This year is a jubilee (3500 AH)! Moreover, it is the seventieth jubilee since Adam! Gabriel brings the Good news to Daniel of the restoration of Jerusalem. But that is not all. Daniel also receives a Divine word about the coming five hundred years… seventy weeks of years  leading to the Messiah.