| Blog English | christians don’t know what to do with ascension

christians don’t know what to do with ascension 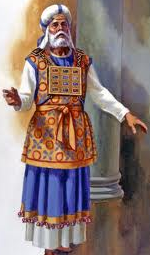 Under the above title, the Dutch newspaper, “Nederlands Dagblad”, placed an article about ascension day. The following comment from a pastor speaks volumes:

This coming Thursday will be Ascension Day. Rarely do you hear someone talk about the Ascension Feast, while Christmas and Easter often receive this appellation.

In the article, a brief analysis is given of this phenomenon. As it turns out, one third of the pastors in the Protestant Churches do not see Jesus’ ascension as a physical fact, but as a metaphor. Let’s be blunt and say, as “a cunningly devised fable” (2Pet.1:16). But what do you think of orthodox pastors? In a survey, they were asked what they considered to be the most important significance of Jesus’ ascension. The vast majority of them responded: Jesus reigns as King. I would be ashamed to say this! Is it not clear that in this world King Jesus does not reign, but the opponent “the god of this eon” and “the prince of the power of the air” does reign (2Cor.4:4; Eph.2:2)? Is this not confirmed every day we read the newspaper? Augustine It was the church father, Augustine, who advanced the idea that Christ presently reigns and that we now are living in the “thousand year realm”, during which satan is bound. This is an accumulation of fatal misunderstandings; because 1. Christ does not reign now; 2. the thousand-years apparently are not a thousand years and 3. Satan is, not now, bound at all. In biblical prophecy, it is undisputed that the Messianic Kingdom from out of Jerusalem will be established over all the nations of the world (Isa.2:2-5). The time period is nearly expired that the Messiah, “after two days” (read: after two millennia) of absence will again be present and will assume the promised rulership (Hos.6:1-3; 2Pet.3:8), from the only place that had previously been designated by God: Mount Zion (Ps.2:6). what does count? In the past, the good Shepherd David was anointed king, but still had to wait a long time before he actually would reign in Jerusalem. The same applies to the Son of David. And as the prince, Joash, was hidden in the temple (2Kings 11), so the Lord Jesus Christ is now, in the heavenly sanctuary, hid from view. There, He serves as High Priest, carrying the people on his shoulders and on His chest. Soon he will come as the King-priest “after the order of Melchizedek”. Then, and not earlier, the song will sound:

The kingdom of this world became our Lord’s and His Christ’s, and He shall be reigning for the eons of the eons! Amen!” Revelation 11:15

And the writer of Hebrew-letter adds the following:

8 …Yet now we are not as yet seeing all subject to him. 9 Yet we are observing Jesus, Who has been made some bit inferior to messengers (because of the suffering of death, wreathed with glory and honor), so that in the grace of God, He should be tasting death for the sake of everyone. Hebrews 2