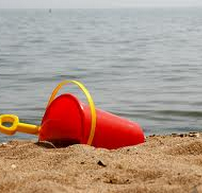 In Ephesus 3, Paul records a prayer in which he bows his knees to the Father with the request (among other things) that the believers in Christ Jesus would be rooted and grounded in love to grasp …

… what is the breadth and length and depth and height — to know the love of Christ as well… -Ephesians 3:18,19-

It is remarkable that in the above passage Paul does not specifically explain what he is referring to when he speaks of the width, the length, the height and the depth. It is clear from what follows that it is related to the love of Christ, but it is not exactly the same. When Paul considers it not necessary to indicate what he is thinking of when mentioning the four dimensions, we must assume that, for him, it was natural to be thinking of the subject matter he was writing about. Earlier in this epistle, he had written about secrets (1:9, 3:3,4,9), which for generations and eons had remained hidden in God, but were now revealed to him. It is not difficult to recognize the width, length, height and depth in the perspectives which Paul describes. Would the width not be referring to the scope of God’s plan that includes everyone (1:21)? And does the length not direct us to know that long ago, before the eons (world ages) began, God a plan had (3:11) which He will complete in “the eon of the eons” (3:21)? And does the height not speak of the position in which Christ is placed “at God’s right hand in the midst of the celestials, above all principality and power” (1:20)? This, after He had tasted the deepest humiliation in death, “even the death of the cross” (1:20; 4:9)? Does not this depth also bears witness concerning the love of (God in) Christ, which knows no boundaries? That this “dimensional expression” in the Ephesian letter, of itself, leads us to think this way, is most wonderfully supported, elsewhere, in Scripture. In the book of Job, we read of Zophar the following words:

7 By searching dost thou find out God? Unto perfection find out the Mighty One? 8 HEIGHTS of the heavens! –what dost thou? DEEPER than Sheol! –what knowest thou? 9 LONGER than earth is its measure, And BROADER than the sea. -Job 11- (YLT)

Zophar speaks of the mysteries of God, which are inscrutable in all their dimensions. The height he links to the heavens, while he connects the depth to the realm of the dead. The length he associates with the earth, by which he, presumably, is referring to the length of time, i.e. as long as the earth exists. And the width he mentions in the same breath with the sea, which in turn, is a type of the sea of nations. Of course, we can not fully comprehend all of it. For such, it is altogether too great. But we can conceive of it or grasp it and be filled with it (3:19). Compare it with a cup, which you can take to the sea. Such a cup cannot, of course, include, comprehensively, the sea. However, the cup can be filled with the sea. And so it is with the width, length, height and depth of the mysteries (=secrets) of God. When we are rooted and grounded in the love of God (3:17), we can (together with all the saints), be inspired by them (3:19). That which Paul has recorded concerning the secrets, is breathtakingly grand. May God give us “enlightened eyes of the heart” (1:18) to see and realize that!