| Blog English | And the sea gives up the dead

And the sea gives up the dead 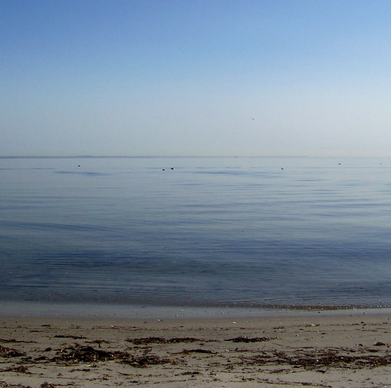 In the last verses of Revelation 20, where the judgment of the Great White Throne is described, we read in verse 13 the following:

And the sea gives up the dead in it, and death and the unseen give up the dead in them. And they were condemned, each in accord with their acts. (CLV)

It’s rather odd: the sea gives up the dead in it, and death and the unseen (Hades) give up the dead in them. The suggestion here is that the dead which the sea gives up are distinct from the dead arising from “death and the unseen (Hades)”. Isn’t that strange? Are people, who drowned in the sea or received a watery grave, also not in “death and the unseen (Hades)”? So why the difference? Apparently, the dead that the sea gives up, are a separate kind of dead, who died in the sea. I would not know of who else we have to think than the “angels who were unfaithful to their own domain and left their proper abode”, about whom Jude writes in (:6). As well as Peter in 2Pet.2:4,5, Jude refers to events in the world of very early times. In Genesis 6, we read that the sons of God went into (i.e., had intercourse with) the daughters of humanity and that this resulted in a hybrid offspring: the nephilim, the giants (Gen.6:1-4). This mixing was the immediate cause (Gen.6:5) for the great flood, in which humanity as a whole, except for eight souls, perished. Also the sons of God, who “left their own domain” (i.e., stepped outside their territory), died during the great flood in Noah’s days. Therefore, they can be called “dead”, but it also explains why they are a category apart. Because they are not people, but angels. Spirits who have ‘materialized’ themselves as people. Jude (:6) tells God’s dealings with these angels…

who keep not their own sovereignty, but leave their own habitation, He HAS KEPT in imperceptible bonds under gloom FOR THE JUDGING OF THE GREAT DAY.

Well then, in Revelation 20:13, it is about “the judgment of the great day.” And what would we otherwise expect than that also these angels, who are mentioned and are especially kept for this occasion, being held in the abyss (the Tartarus; see again: 2Pet.2:4), would again come into view, here? However surrealistic this may strike us, Scripture describes these things very earnestly.