Acts 17:3 – Opening up and placing before them


…and on three Sabbaths he argues with them from the scriptures, opening up and placing before them that the Christ must suffer and rise from among the dead…

Paul’s speeches in the synagogue were by no means meditative sermons. Paul argued. He wanted to provide proof. To this end, the scriptures opened. The receipts came on the table and the truth was revealed. Two special words are used in this context: opening and placing.

When Paul quoted the scriptures, he opened them up. The same word is used here as in Acts 16:14, which refers to the opening of Lydia’s heart. Paul quoted passages that then opened like windows. And thus offered insights and views. The other expression, ‘placing before,’ is used a chapter earlier for setting up a table (16:34). A nice picture: Paul arguing from the Scriptures, opening up passages and placing them on the table as food.

Paul’s performance in the synagogue of Thessalonica is an example for every preacher. Do not use bible text as a coat rack on which to hang your own thoughts. Also do not talk about the Bible, but from the Scriptures. Unlocking passages and words so that they become accessible. When the resurrected Christ thus comes into view, a nutritious meal is served. Delicious! 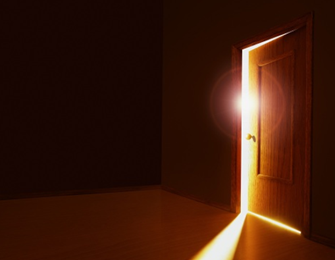