All scripture is inspired by God and is beneficial for teaching, for exposure, for correction, for discipline in righteousness…

As a Jewish boy, Timothy knew the holy scriptures from an early age (: 15). But now, at the end of Paul’s life, so many more writings had been added. Writings that were also inspired by GOD. Paul is referring to all those writings that we now call ‘the New Testament.’

In Greek, the words “inspired by God” form one word: theopneustos, which literally means “GOD-breathed.” That word recalls the creation of Adam. GOD had formed a body from the ground. But only after that GOD had blown into the nostrils did man become a “living soul”. Thus the Bible is a library, composed and formed by GOD himself. But not only that. GOD has also inspired, breathed in all the books, so that all the words are alive and vivifying!

The seventy scriptures of the Bible form a unity. Everything is connected with everything. But the scriptures are also alive: they testify on every page of death that has been conquered! And the testimony of those scriptures are also vivifying. Hence, the word GOD is compared to seed. Vital and vitalizing! 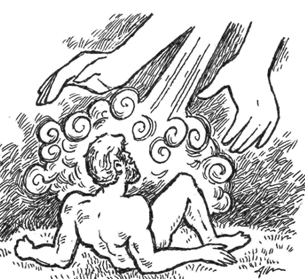