So that, be not judging anything before the season, till the Lord should be coming, Who will also illuminate the hidden things of darkness and manifest the counsels of the hearts.

Human judgements are often premature. It lacks a lot. That is because we, as humans, do not know everything. We do not know relevant facts or we overlook them. There is so much hidden and also people’s motives we cannot know, let alone judge. How often does the judgement of a judge need to be completely revised by the disclosure of a single fact?

Only when the Lord comes, everything will come to light. Then it will also show how totally outdated all our opinions and judgements were. Based on ignorance. Spoken too early.

Our religious judgements will then also have to be completely revised. The moral indictment against GOD that He could give evil a place, will be shamefully withdrawn. Because it was a judgement about GOD’s work, which was far from finished. How stupid and narrow-minded! The work was still ‘in the pipeline’! Then it will be true: every judgement before the Lord came, was a prejudice. 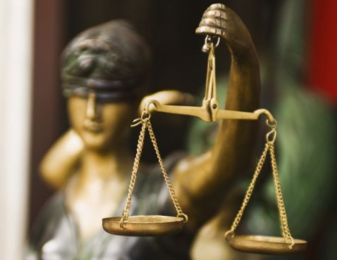