Milk I give you to drink, not solid food, for not as yet were you able. Nay, still not even now are you able…

Paul considers the Corinthians to be minors. Still now a few years after they became believers. Spiritually speaking, still in the baby stage. Depending on the care of others. And while Paul has so much to report to them, he could not give it to them yet. That was no so much Paul’s frustration.   Above all, it stood in the way of their own development. Babies demand attention. Adults pay attention ask themselves what they can mean for others. Milk and solid food represent different mindsets.

“Milk” stands for the ABC of education. “The rudimentary elements of the oracles of God” as it is called in Hebrews 5:12. Breast is swallowed and its gone. Nothing wrong with that, but it is a phase in which one would not get stuck. 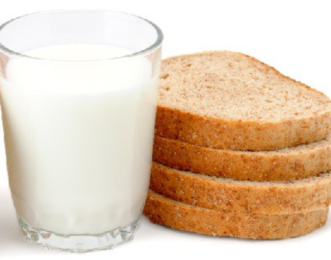