For if anyone should be seeing you, who has knowledge, lying down in an idol’s shrine, will not the conscience of him who is weak be inured to the eating of the idol sacrifices? For the weak one is perishing also by your knowledge; the brother because of whom Christ died.

The situation that Paul describes here is a typical example of puffed up knowledge (:1). Someone who knows that there is no idol in the world (:4) could argue that he can lie down in the idol temple and eat from the flesh lying on the altar there. But that is purely provocation and only serves to showcase one’s own knowledge. And the ‘weak’ who is not yet detached from the tradition of the idol (:7) could be given a reason to return to idolatry. Then the ‘weak’ would be lost, that is, he loses himself again in idolatry.

How sad when someone else perishes by my knowledge. Notably a brother for whom Christ died. Christ died for all people (2 Cor. 5;15) and everyone will come to a cordial recognition of Him. But “brothers” are those who already recognize him as Lord. What a shame if such people lost their way. Thanks to my so-called knowledge… 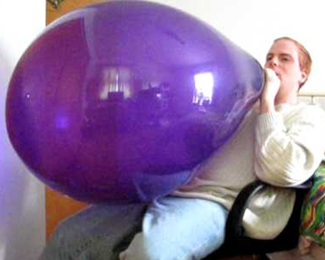