Now if anyone is inferring it to be indecent for his virgin, if she should be over her meridian and thus it ought to occur, what he will, let him do. He is not sinning. Let them marry. Yet he who stands settled in his heart, having no necessity, yet has authority as to the own will, and has decided this in his own heart (to be keeping his virgin) ideally will be doing. So that he also who is taking his virgin in marriage, ideally will be doing, yet he who is not taking out in marriage will be doing better.

These are the most difficult verses of this chapter. Apparently Paul addresses the father of a young daughter (“his virgin”) who is past puberty (“her meridian”). If she is engaged, he owes his daughter to marriage. Fine, says Paul, “let them marry”.

But in case the father is not forced by the tow fiancés and he has sufficient authority over the “own will” of his daughter, he can decide not give her for marriage. Paul calls the first option (marriage) good, but the second even better. The background is that marriage is a matter for the father. Because he hands over the care of his daughter to the groom. 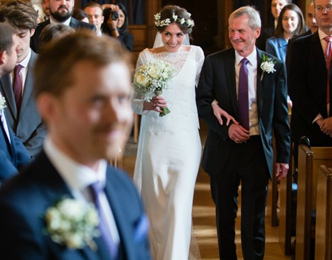