Flee from prostitution. The penalty of every sin, whatsoever a man should be doing, is outside of the body, yet he who is committing prostitution is sinning against his own body.

When it comes to deception or mental attacks, there is always a call to stand and resist. But with fornication we get a completely different instruction; we would flee for that. That is because people are usually too weak to resist sexual deception. Hence the call to walk away and avoid temptation. Just as Joseph as a young man literally did when Potiphar’s wife tried to share the bed with him.

That every sin should be going outside of the body is not what Paul teaches but a statement to which he responds. In Corinth, the Greek philosophy was prevalent that the body does not matter and that sin and body have nothing to do with each other. Because the idea was that sin is exclusively a spiritual affair. Paul, on the other hand, states that fornication is surely a sin in one’s own body. To a believer, fornication is equivalent to temple prostitution. For Paul is going to explain that our body is no less than a temple of God. 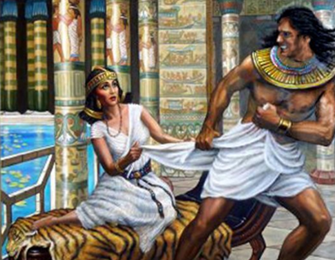