The salutation is by my hand – Paul’s

From this remark we can conclude that Paul did not write this letter himself, but dictated it. It is not mentioned to whom he dictated it, but it may be that it was Sosthenes (1: 1) who, after all, is the sender of this letter together with Paul. We also know of the Romans letter that it was dictated by Paul and that it was one Tertius who put the letter in writing (Rom. 16:22). Why Paul dictated and did not write himself cannot be said with certainty. In the Galatians letter we get the impression that something was wrong with his eyes (Gal.4: 15) and that could also explain why he wrote with such large letters (Gal.6: 11). He wrote the personal letter to Philemon (at least partly) himself (Philemon. 19).

From 2Thes.3: 17 we know that Paul signed each letter with his own hand. So that everyone could know that the letter actually came from him. Elsewhere (Col.4: 18), this self-concluding ending of the letter is expressly mentioned. The self-written salutation served as the sender’s hallmark. For even in those days letters were circulated that were supposedly from Paul (2Thes.2: 2) but were forgeries. Fake, counterfeit and imitation is of all times. Stay awake! 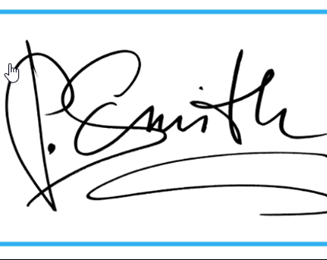