Thereupon He was seen by James, thereafter by all the apostles.

The event to which Paul refers here cannot be found in the accounts of Matthew, Mark, Luke or John. That is not so strange in itself; none of the reports is complete and, by the way, they cannot be either (John 20:30).

The James (or Jacob) referred to here, must be the (half-) brother of the Lord (Gal. 1:19). We know that Jesus’ brothers, of whom James was the oldest (Mat.13: 55), did not initially believe in him (John 7: 5). Nevertheless, he later became the representative of the great ecclesia at Jerusalem (Acts 15: 13; 21:18). What caused James’ turnaround? One thing is certain: just as the living Lord appeared to Cephas in person, he also appeared to James in person. Both men later became “pillars” (Gal. 2: 9).

The appearance to James is historical, but also prophetic. After all, in the future the Messiah will appear to a people that is also called ‘Jacob.’ Just as Jacob, too, crossed the Jabbok (a reversal!) And had a confronting encounter with a man, of whom he later said (Gen.32): I have seen God face to face! And Jacob then became Israel. To be used from now on as a GOD’s instrument …! 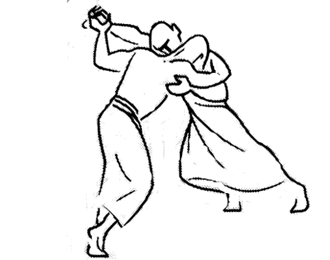