And he was seen by Cephas…

That Christ was raised from the dead is the primary fact of the Evangel. For Paul had given this over “in the first place” (: 3). In addition, it is also a foretold fact and hence “according to the Scriptures” (: 3.4). From verse 5 onwards, Paul starts to show that the roused and resurrected Christ is also an abundantly documented fact. He lists a number of appearances. A list that is certainly not complete.

The first two appearances on the day of the resurrection are not even mentioned. First the living Lord was seen by Mary Magdalene in the burial garden. A little later that morning by the other women, who were on their way to the disciples. But they dismiss the ladies’ stories as nonsense. That is perhaps also the reason that Paul does not mention these women as first witnesses. Not because they would not be reliable, but because the argument of ‘emotional women talk’ could be used against him.

Cephas and Peter are actually the same names. Except that the first is Aramaic (a Hebrew dialect) and the second is Greek. The name means ‘rock’. Cephas was chosen as the first male spokesperson for the resurrected Christ. Rock solid and sure! 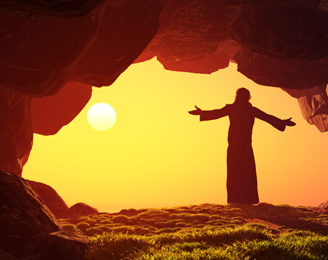