For even as, in Adam all are dying, thus also, in Christ, shall all be vivified. Yet each in his own class: The Firstfruit, Christ; thereupon…

The comparison in verse 22 is perfect: in Adam all die and so will all be made alive in Christ. But not all at the same time. An observation which from the comparison that Paul makes does not have to surprise us. After all, all people do not die at the same time. There are many thousands of years between the first and the last mortal.

All people will be made alive “each, however, in their own class.” “class” here is a military term and refers to various departments, corps or hierarchy. All humanity is made alive, but every ‘department’ has to wait until further notice. Nobody too early and nobody too late.

Is it not the same in nature? If the new life unfolds then that also goes by ‘department’. First the snowdrops, then the crocuses, then the tulips and in May almost the entire flora is in bloom. But even then not everything; there are also the late bloomers that only bloom in the summer or fall. This is also the case in the vivification: each in its own class! 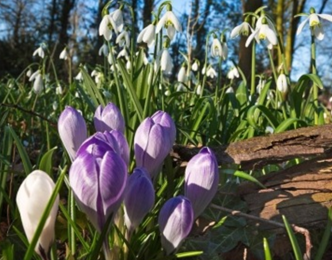