Now in giving this charge I am not applauding, for you are coming together, not for the better, but for discomfiture. For first, indeed at your coming together in the ecclesia, I am hearing of schisms inhering among you, and some part I am believing.

Paul previously praised the Corinthians for holding on to what he had given over to them (: 2). But he cannot praise them for what he is now addressing. Because instead of getting better from their meetings, they became less. For various reasons. The first “lesser” thing Paul calls are the cracks that came to light during meals. Even though he believes it would be less extreme as he had been told. 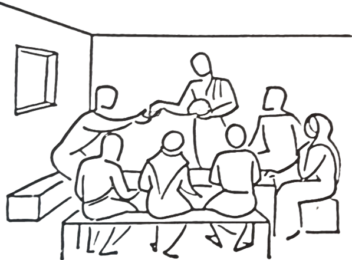