Now if anyone is presuming to be rivalrous, we have no such usage, neither the ecclesias of God.

What Paul just wrote looks like a defense. Women normally went veiled, but in the ecclesia in Corinth there were one or more women who uncovered their heads while praying or prophesying. From the arguments put forward by the apostle, we can see that his opponents oppose the subordination of women. And with that also against the custom of the ecclesias of God. Not that the habit itself is an argument. Paul had proven from the Scriptures. That is decisive. That also makes a habit a good habit.

A habit arises where the same choice is always made. And that choice gradually becomes simpler; you no longer have to think about it because you are used to doing it. Especially where we live with others, habits have a big advantage. For example, agreeing with each other to eat once every six hours is a lot more convenient than having to discuss this each time. And certainly than to fight over that. The ecclesias of God also have habits. Provided it is based on the scriptures, that is a great good! 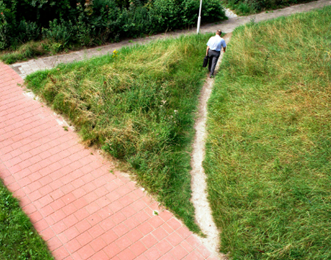